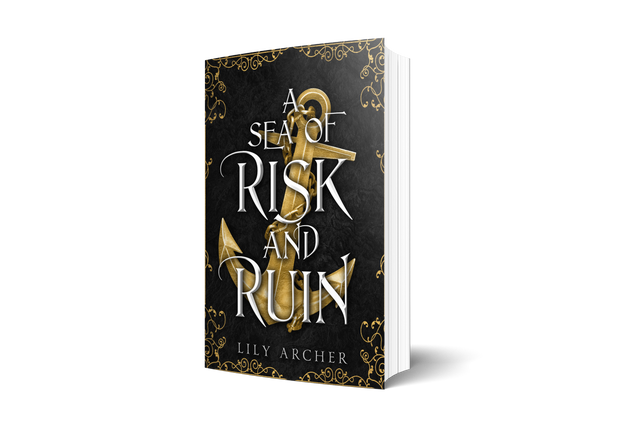 Signed Paperback of A Sea of Risk and Ruin

Peter warned me about how ruthless and terrible the monstrous pirate could be, but there was so much more he left out. Hook isn't just the vicious captain of legend, he's a man who confuses me and terrifies me all at once. But that's not the worst part. By far the worst is when he makes me feel things I shouldn't.

When he gives me looks that make me want to combust.

When he touches me.

When he holds me close.

James Hook is a villain, a killer who will stop at nothing to get what he wants. I've seen it first hand. So why do I seek him out instead of running away? And what will happen when Peter finds me with his greatest enemy?